It's been a stormy night and there are some victims to prove it! We're down about 50% of the passengers due to seasickness and we are still in the shelter of Cape Horn but will be pushing out into the Drake after breakfast, purely practical reasons!

Sick bags are available in the corridors!

The captain had delayed entering the Drake earlier as wave heights of 10-12 metres where pushing through the Drake. Not a good place to be! As a result we are running six hours behind schedule but better that than riding through a storm that big.

We push on and within about an hour of breakfast finishing we start to feel the movement of the ship increase as we become more exposed.

We are rolling hard to the port side and then back to starboard due to the westerly swell hitting us, some of the rolls measured at 25 degrees. We are getting a good taste of the Drake Passage although
nothing compared to what it's capable of, but still we're not being given an easy ride.

A presentation is arranged for the morning covering Antarctic birdlife but turnout is low as so many are confined to their cabins. It's tough but that's all part and parcel of these expedition voyages.

Lunch is a quiet affair too and the doctor on board is kept busy helping people get the correct medication. For those who aren't affected by sickness it's an interesting ride with chairs tumbling and sliding…as well as people every now and then!

Outside on deck it's a precarious affair moving around but there is plenty of activity with seabirds escorting us on our voyage. Albatros, Giant Petrels and Wilson Storm Petrels are all aimlessly gliding
around us as our ship tosses and rolls it's way across the Drake. 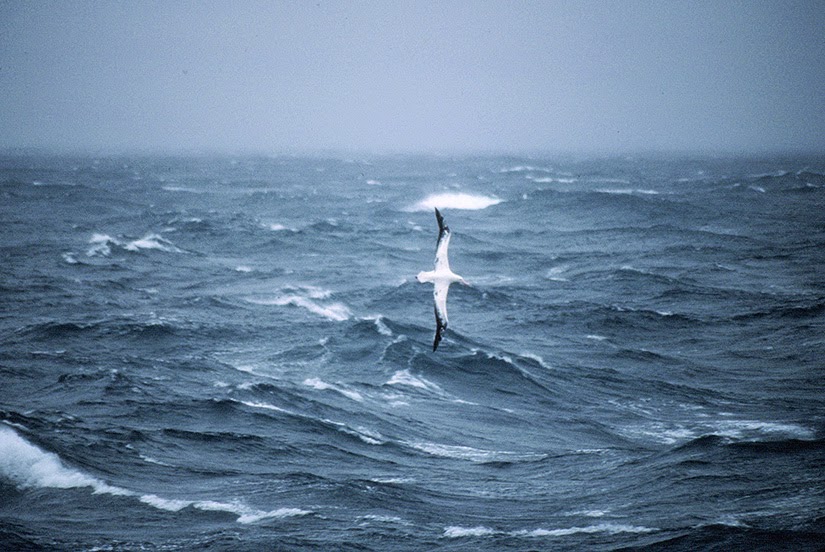 Dinner is a quiet affair too…but later we are kept amused with more presentations and a documentary about Shackleton. By midnight the ship is quiet as people take to their cabins to get some sleep. 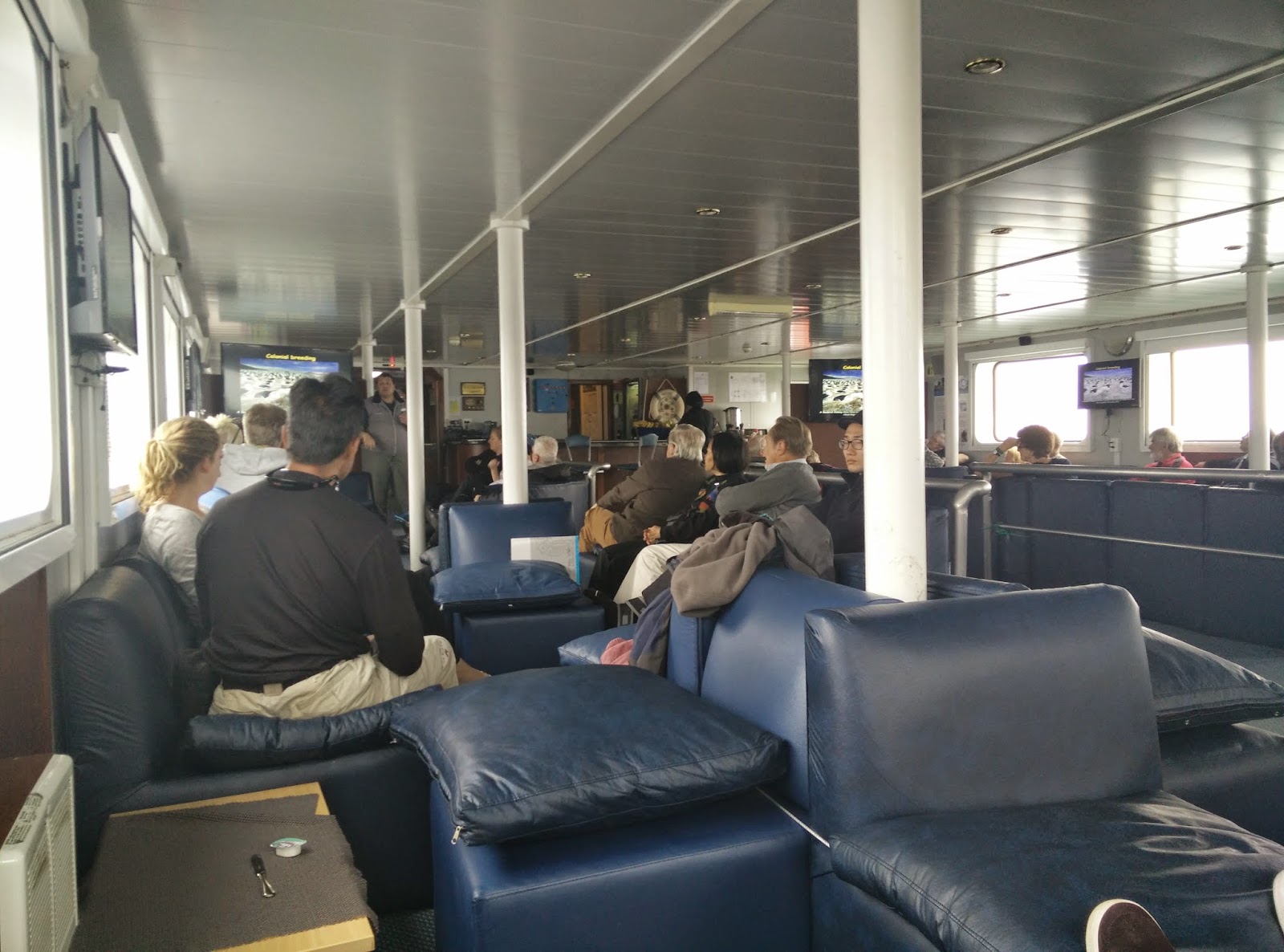 The following morning we are about 60 degrees south so progress has been slow…still about 24 hours of sailing left based on this rate of progress. Conditions are worsening slightly and the ship is
experiencing lots of movement but some people are starting to get their sea legs and are surfacing from their cabins. Lunchtime was a good indicator with the majority of the ship eating lunch.

We hit the peak of the storm swell during the afternoon but after a couple of hours it starts to subside again. The weather starts to clear and we make good progress. Expected arrival to the South Shetlands is now approx. 10pm.

By 5pm we are up on the top deck to do some whale watching and our first iceberg is spotted…we are getting close. The berg is on the horizon and getting bigger as we approach. We have several sightings of whales also...a taste of things to come.

Dinner is a busy affair so it looks like we have a full complement of passengers again. Excitement is starting to build as we approach Antarctica, just mere hours to go now, our long wait to get here nearly ended. After that crossing we certainly deserve it…but that makes it all the more rewarding…it shouldn't be an easy place to get to. We've spotted our first ice berg in the distance too.

But it's not long before we are passing right by it. Our very first iceberg...up close! 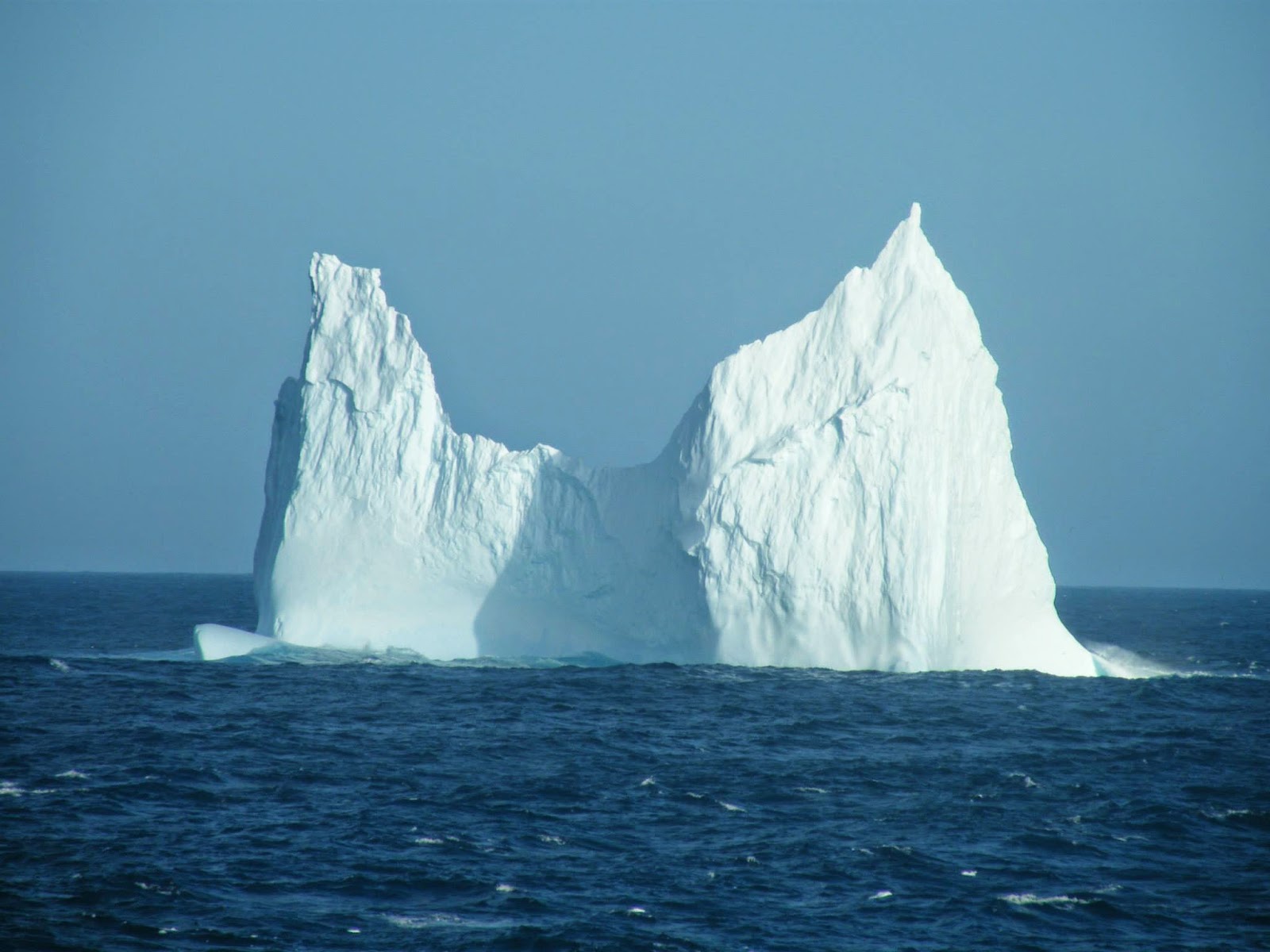 We've scheduled Frank Nugents documentary "Escape from Antarctica" for this evening and it's a packed lounge that show up to see it.

In 1997 Frank was part of the team that attempted to recreate Shackleton's open boat journey and traverse of South Georgia in 1916. The documentary was filmed during the attempt and made for great viewing with a captivated audience.

Shortly after, we arrived at the South Shetland Islands with a beautiful sunset and some stunning scenery. A great end to the day and it's just the beginning… 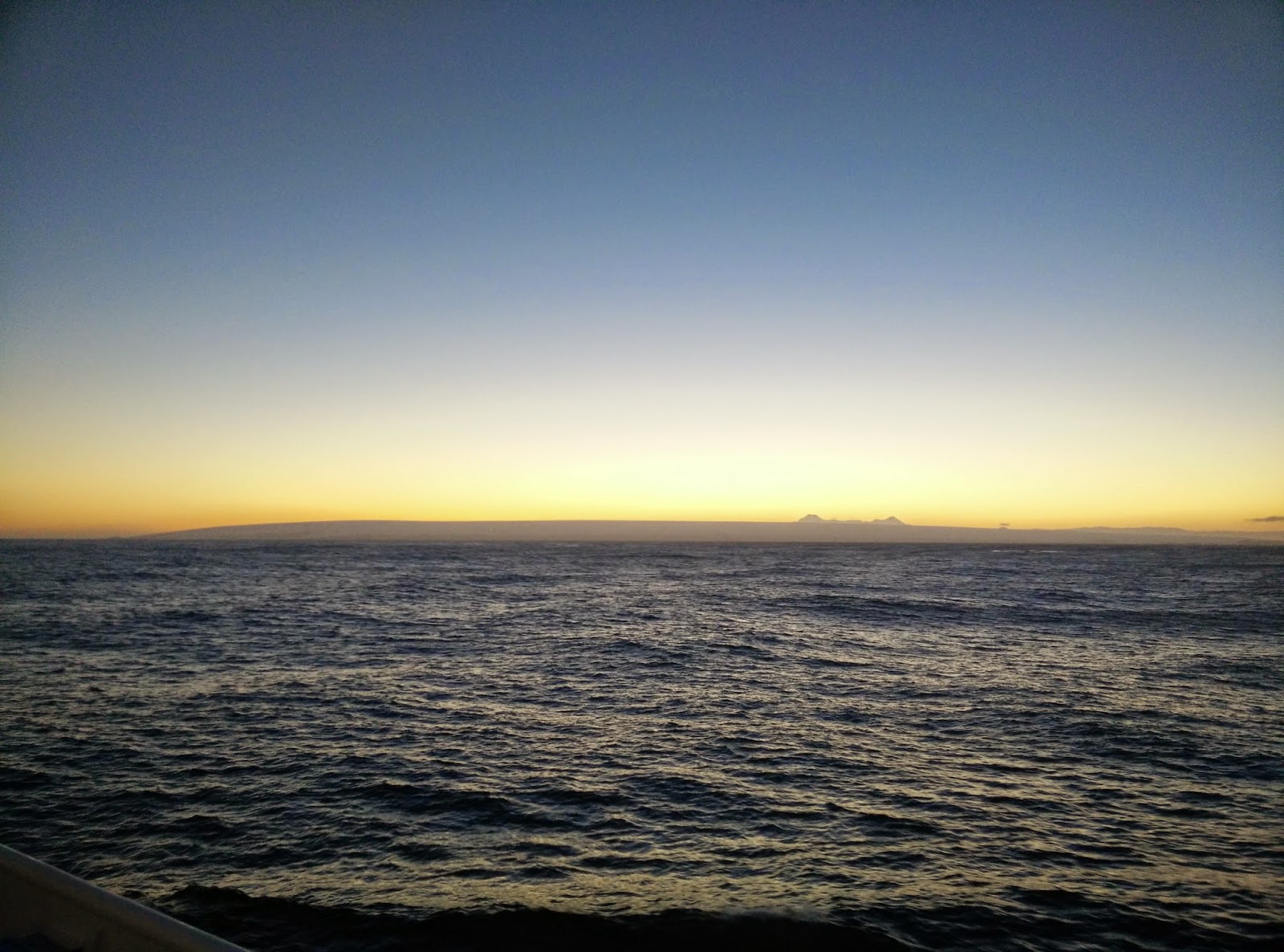 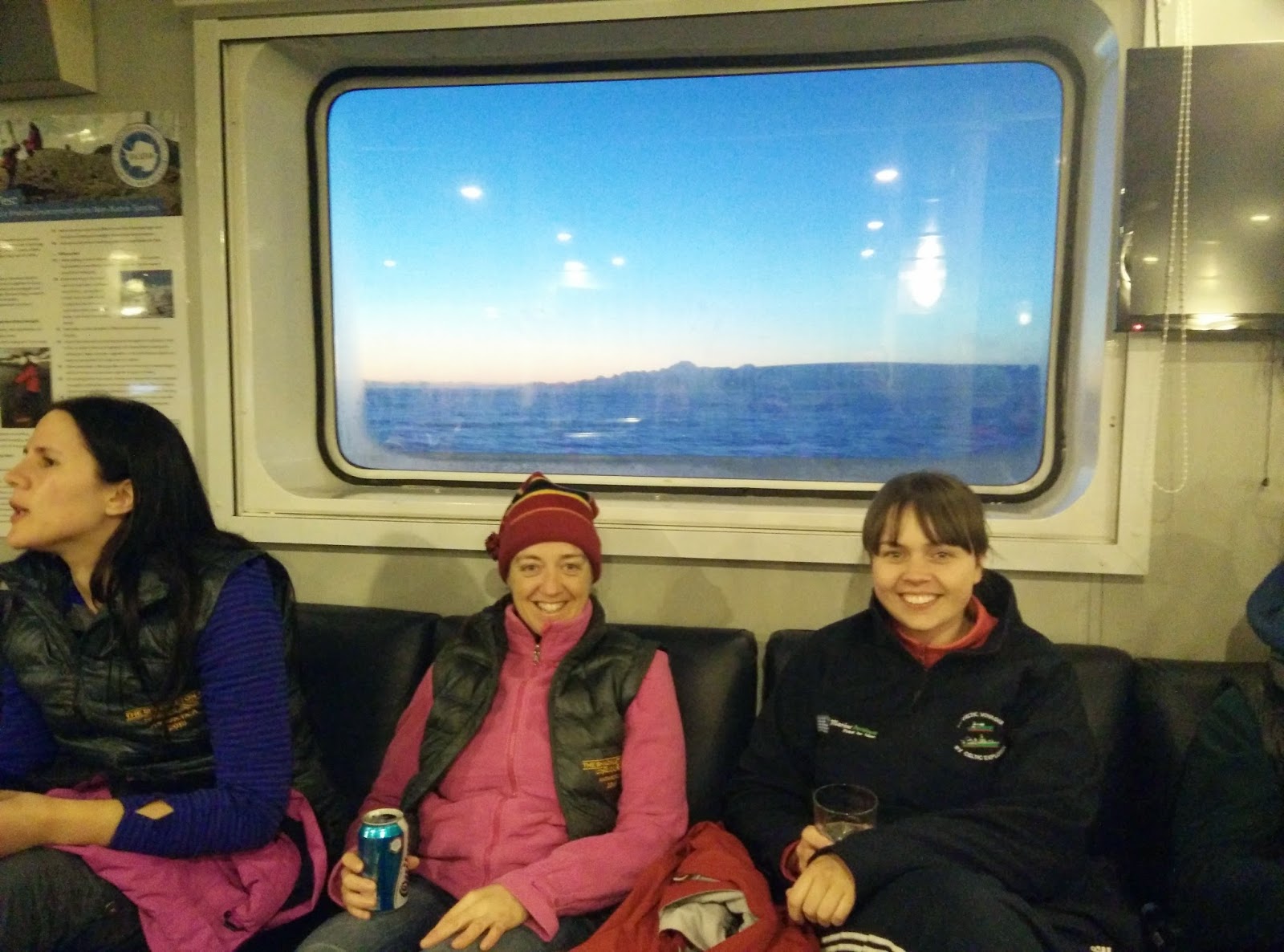 at 14:47
Email ThisBlogThis!Share to TwitterShare to FacebookShare to Pinterest